​Brian Rivera
Originally from California, Brian graduated from Franklin and Marshall college in Lancaster, Pennsylvania, with a degree in Scientific and Philosophical Studies of the Mind. After working for two years recruiting students to attend F&M, he moved to Amherst, Massachusetts, where he worked as a research assistant at the Cognition and Action Lab in the Psychological and Brain Sciences department at the University of Massachusetts Amherst. In August 2016, he joined the Educational Neuroscience PhD concentration in University of Alabama’s Education Psychology department. He is part of the ELDEN lab where he works under Firat Soylu.  Brian's research interests include educational neuroscience, numerical cognition, STEM learning, embodied cognition, and fraction learning. 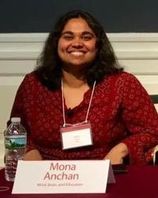 Mona Anchan​
Mona is a first-year graduate student in the Educational Neuroscience concentration of The University of Alabama's Educational Psychology program. Having been a cellular/molecular neuroscience researcher as well as a math/science high school teacher in the past, she is very interested in developing more accessible ways of communicating scientific research to non-scientists, as well as working with educators to develop research addressing educational and instructional needs. In the program, her focus is on numerical and mathematical processing in monolinguals vs. bilinguals/multilinguals. Mona is interested in studying how encoding and retrieval processes differ between these populations, and the degree to which these processes are age- and context-dependent.

Wesley Webber
Wes is a graduate student in The University of Alabama’s doctoral program in Counselor Education & Supervision. He has been a part of EEG studies in the Department of Educational Studies in Psychology, Research Methodology, and Counseling for the past four years. Wes is interested in integrating neuroscience methods into counseling research in order to better inform both counseling practice and counselor education. He views neuroscience as an additional lens through which his field can come to better understand processes of therapeutic change and thereby provide the most effective counseling services possible. Wes is currently most interested in using neuroscience methods as a means of studying possible effects of mindfulness in counseling. 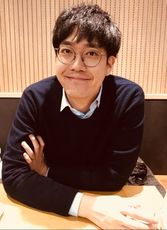 Jongjin (JJ) Kim
Jongjin (JJ) is a first-year graduate student in the Educational Neuroscience concentration of the Educational Psychology program at the University of Alabama. Having been a high school math teacher in Korea, he found a number of students struggling with math despite their high performance. He is, therefore, interested in promoting student motivation in math courses, alleviating math anxiety among students, and designing conducive learning environments. His work currently focuses on analyzing EEG data as well as collecting behavioral and neural data from dynamic environments. His research interests include educational neuroscience, numerical cognition, and constructionism.

Jakub Denkiewicz
Jakub is an undergraduate student majoring in Psychology on the pre-medical track at the University of Alabama. Having previously worked in the Caldwell lab, focused on the molecular neurogenetics of Alzeheimer's and Parkinson's diseases, he is currently interested in understanding more about studying psychology through cognitive methods and neuroimaging. 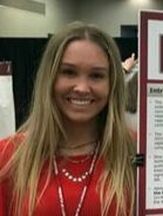 Celia Somers
Celia is an undergraduate student majoring in Biology on the pre-medical track at the University of Alabama. She has previous research experience in an OBGyn clinic in Detroit, MI studying possible causation of infertility from obesity as well as endometriosis. She also has previous research experience at Karmanos Cancer Institute in Detroit, MI in the field of hereditary breast cancer and cancer epigenetics on a population level. Celia joined the ELDEN Lab in 2018 and is beginning to explore new approaches to recruiting a wider participant pool at the University of Alabama for Social Science research.  She has interest in a medical specialty of neuroscience. 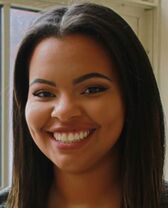 Jessica Boyd
Jessica is an undergraduate student majoring in Psychology with a minor in Biology on the pre-medical track at the University of Alabama. She is passionate about mental health and understanding the key roots of mental illnesses through neuroscience. Jessica is a part of the ELDEN lab to gain experience with neuroscience methods in order to better prepare herself for a career in Psychiatry. ​

Nicholas Hayes
Nicholas is an undergraduate student majoring in Mathematics and Educational Neuroscience at the University of Alabama. Nicholas is passionate about foreign languages and recently completed a Boren Scholarship in Tanzania, where he spent 10 months learning and studying Swahili. He is particularly interested in high-level cognitive processes in multilinguals, including mathematical cognition and language acquisition. He hopes to use neuroscience methods to understand how language, math, and cognition are intertwined.